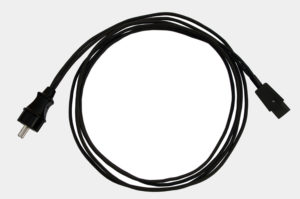 This size was recommended by NORDOST along with some other values ​​of the “magic length” of the cables. I did not check the degree of “magic” of these values, I just chose one size and I keep it all the time. More information on the ideology of the construction of MARKAN power cables can be found in the section “Ideology“.

Power cables MARKAN have a strong influence on the quality of sound reproduction and very often this phenomenon puzzles audio enthusiasts. More information about this phenomenon can also be found in the section “Ideology“. I strongly recommend using the MARKAN power cables for each component of your audio setup – you will not regret it.

The cost of the “junior” power cable MARKAN is $69 USD.

This cable goes as a gift to every DAC MARKAN and is aimed to demonstrate that without good power cables, it’s hard for audio enthusiasts to live.

For owners of DAC MARKAN, the discount for this cable is $10.

To assess the necessity and efficiency of using MARKAN power cables in your audio setup, you can use the MARKAN  acquaintance program in the “Order” section. 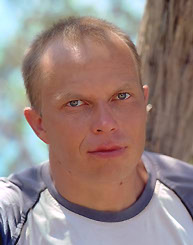 An “advanced” version of the MARKAN power cable is also produced on the basis of the conductor of the acoustic cable.

Therefore, all information pertaining to the acoustic cable MARKAN is completely valid for the “advanced” power cable MARKAN, with the only difference that branded commercial acoustic cables have a wider assortment than power ones, and enthusiasts have more experience with them. Most audio enthusiasts generally rarely think about the inevitable need to have good power cables, therefore, the real effect from MARKAN power cable is very often surprising to everyone – it’s not about any “nuances”, but about a PRINCIPAL changing the sound of any device.

The price of the “advanced” power cable MARKAN is $149 USD.

“Advanced” power cable MARKAN does not have competitors at its level among “boutique” products – read the reviews on the Forum. I guarantee that you simply do not have enough money to buy something “better” than this cable.

For owners of DAC MARKAN, the discount on the “advanced” power cable MARKAN is $20.

Try it! Compare! Make sure!

As always, the announced prices for MARKAN power cables are guaranteed to fit into a 5-7 times margin in relation to the prices of commercial products of this level.

MARKAN – always in the center of the sound!